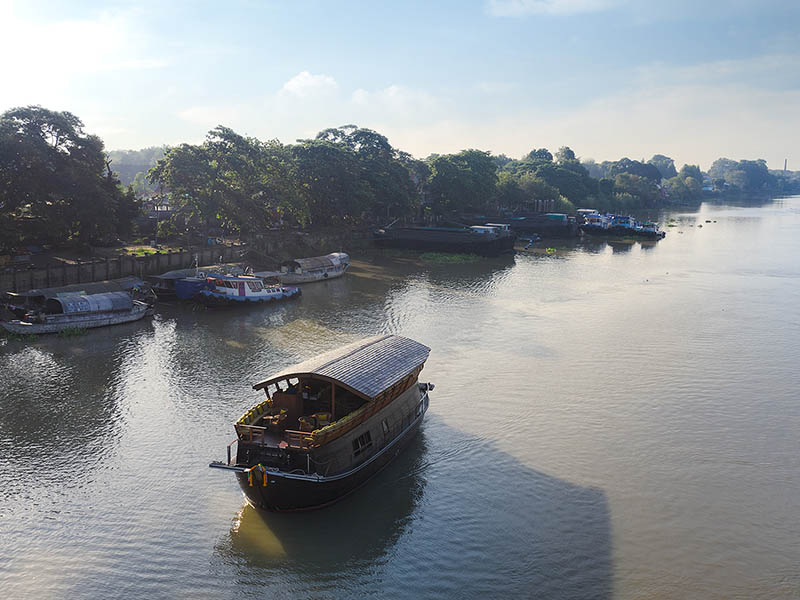 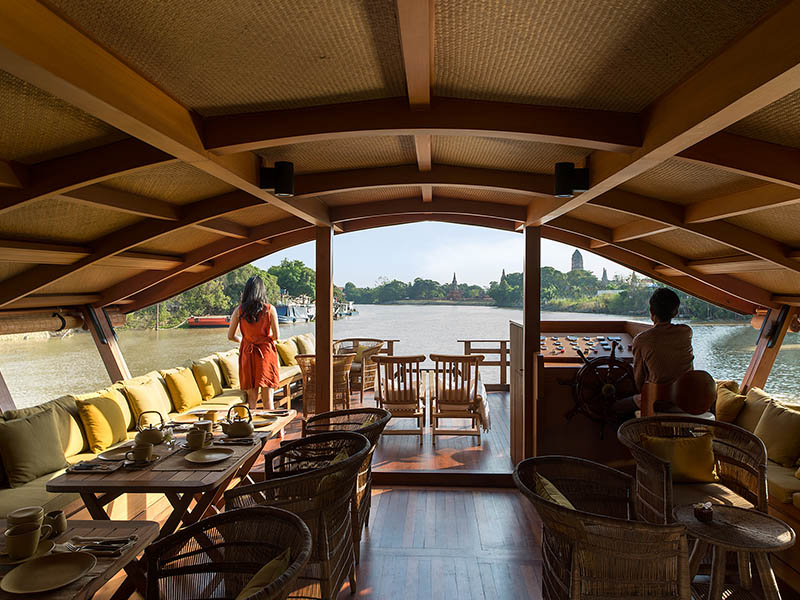 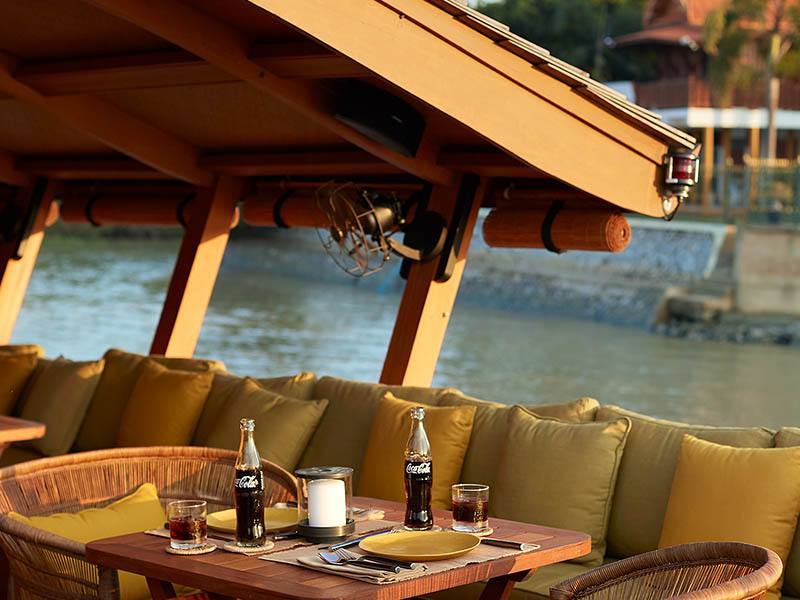 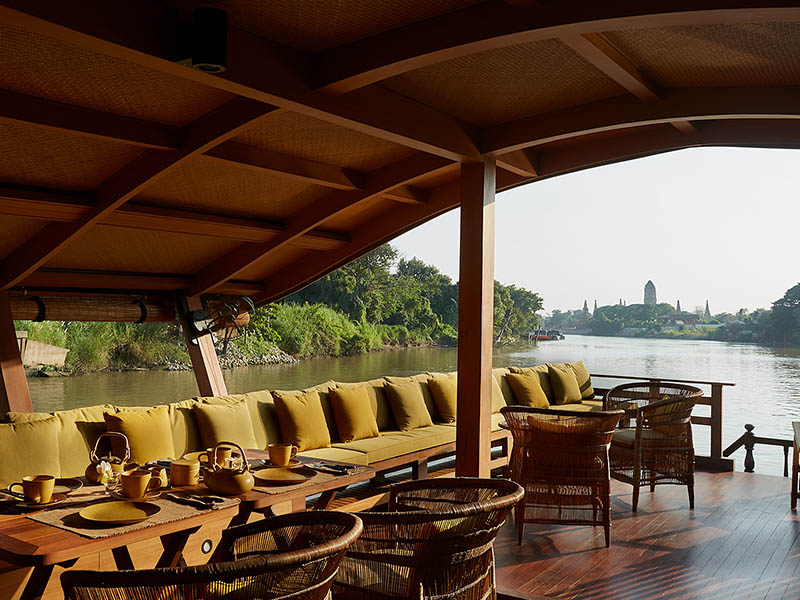 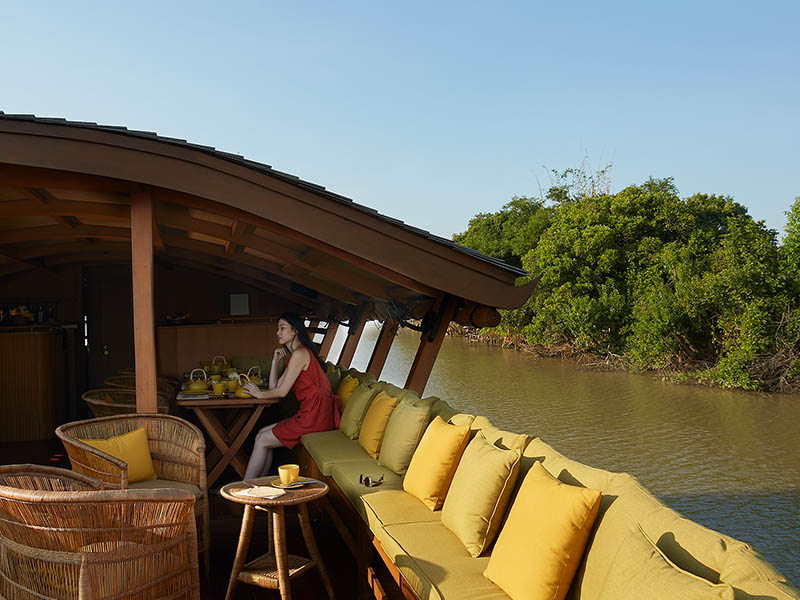 Following her previous life as a traditional Thai rice barge transporting cargos of rice, sugar and sand up-river from Bangkok to remote riverside towns, she was converted to a touring river boat and her name was changed from ”Ieam Jun” to “Mekhala”.

PLACES ALONG THE ROUTE

“The River of the Kings”, the Chao Phraya, has long played a key role in the history and economy of Thailand.
Vital and strategic, it serves as a means of communication as well as transport and has been extremely important in the fostering and nurturing of culture and commerce There are four tributaries contributing to the waters of the Chao Phraya coming down from northern Thailand.

The extremely fertile basin has always attracted many immigrants. Moreover, not only does it cover the central and northern parts of Thailand, it is easily accessible from the Gulf of Thailand. Yet, the Chao Phraya has always been protected from excessive foreign influence.

Bangkok is crisscrossed by many canals called “klongs”. Because of the extensive, vital network of waterways, Bangkok is sometimes referred to as the “Venice of the Orient”. In fact, until the last century, there were probably more canals than roads in the area.

Learn More About Attractions along the Chao Phraya River 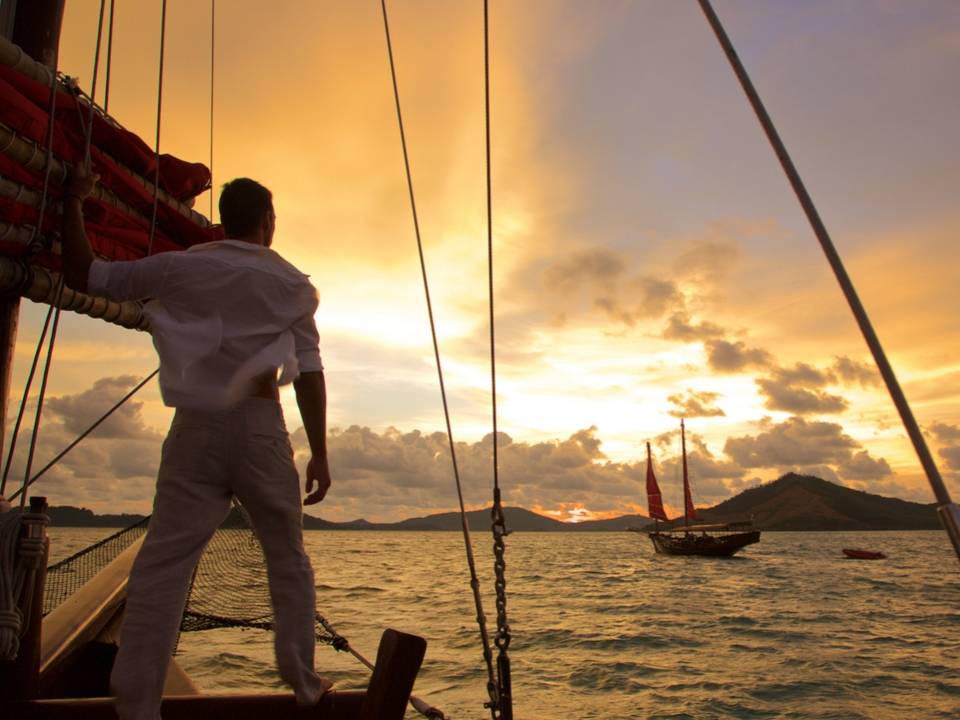 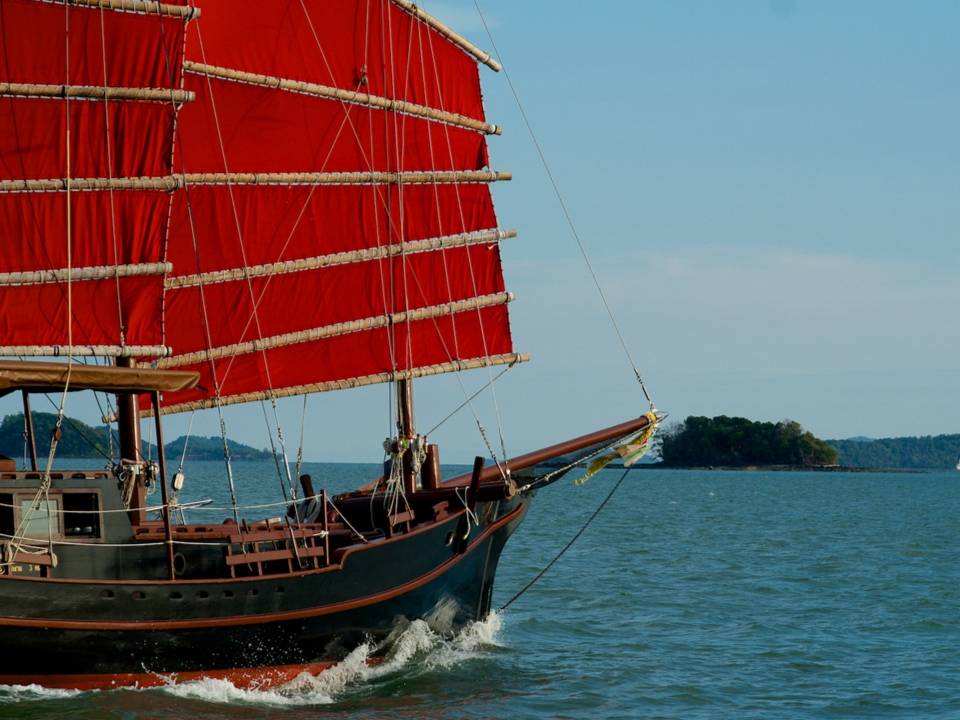